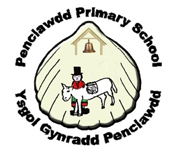 Please use the link below to access the Back to School booklet for children in years 1 – 6:

Swansea Council have provided guidance for pupils and parents on the RETURN TO SCHOOL. Please click on the links below to access the information:

Return to School PARENTS and PUBLIC

Please follow the link below and fill in this key worker childcare form if you are eligible for childcare.

Please click the link below to read a return to school update from Mrs. Reynolds-Milnes:

Gowerton School have a Transition section for Year 6 pupils on their website which contains videos and information that would be useful for September.

Please click on the link below to see a letter from the Director of Education (4th June 2020):

Working together with Parent Carers to get carers information that matters

An information booklet has been coproduced with Parent Carers, Education, Social Services and Health colleagues containing information that parent carers have asked for and feel they need during this time.

It is being circulated to all parent carers in Swansea and will be updated fortnightly.

It is a really important piece of work especially as Swansea Council is the only Local Authority in Wales to have made a commitment to a parent carer forum and working together in this way.

Check it out at: https://www.swansea.gov.uk/supportforvulnerablelearners

We have already been working closely with schools and other partners to plan for a safe re-opening of schools in Swansea.

Now that the Minister has announced the Welsh Government’s intentions we will continue this work to finalise our arrangements and when ready, schools will be contacting parents and carers directly.

The key points that the Minister has said are:

Since schools closed in March the majority in Swansea have been operating as emergency childcare hubs providing childcare for around 500 vulnerable young people or pupils whose parents are key workers and this will continue in the meantime.

Distance learning via the channels used by our schools during the lockdown will also continue.

Thank you for your continued support as we continue to respond to these challenging times.